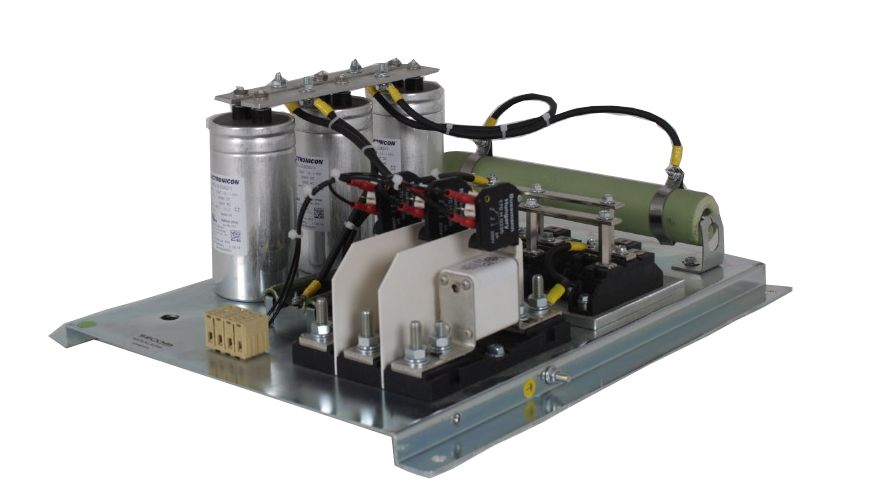 RC line filters function as optional protective devices for AC/DC converters in order to reduce or minimize overvoltages that could damage the semiconductor of the converter itself.
FSK filters have three-phase protection on the input side and the supplied fuses are equipped with fault indicators.

Overvoltages can be mainly caused by:

The most frequently used protection against overvoltage, in particular the operating voltage, is the RC filter installed on the AC power line, just before the device that has to be protected.

The line filter is designed considering the power transformer magnetizing energy when it is open on the primary side.
The filter is composed of one or more capacitors, with high armature current, powered by a diode rectifier. A group of resistors also provides the discharge of the capacitors.
The filter components are assembled on a zinc coated steel sheet.